NVidia introduces RTX 4080 and RTX 4090 models NVidia made many new announcements in its special presentation that started in the past few minutes, especially with Nvidia RTX 4080, RTX 4090 models and DLSS 3. In addition to new products, we can say that the vehicles prepared by RTX and the developments that the company has made on the side of artificial intelligence with Omniverse are also exciting. It was also stated that DLSS 3 technology, which brings many innovations, will be exclusive to the 4000 series only due to the hardware it uses. The official explanation for the RTX 40 series and the features of the cards are as follows;

NVIDIA today introduced GeForce RTX® 40 Series GPUs, which are designed to deliver revolutionary performance for gamers and content creators, with up to 4x the performance of the previous generation, led by its new flagship RTX 4090 GPU. The world’s first GPUs based on the new NVIDIA® Ada Lovelace architecture, the RTX 40 Series marks a huge leap forward, representing a new generation in performance and efficiency, and represents a new era in real-time ray tracing and neural processing, using artificial intelligence for pixel rendering.
“The era of RTX ray tracing and neural processing is in full swing,” said Jensen Huang, founder and CEO of NVIDIA, on GeForce® Beyond: Special Broadcast at GTC. “Our new Ada Lovelace architecture takes that to the next level.” Huang continued: “The island provides a quantum leap for players and opens the way for creating fully simulated worlds. Ada sets a new standard in the industry with 4x the performance of the previous generation.” 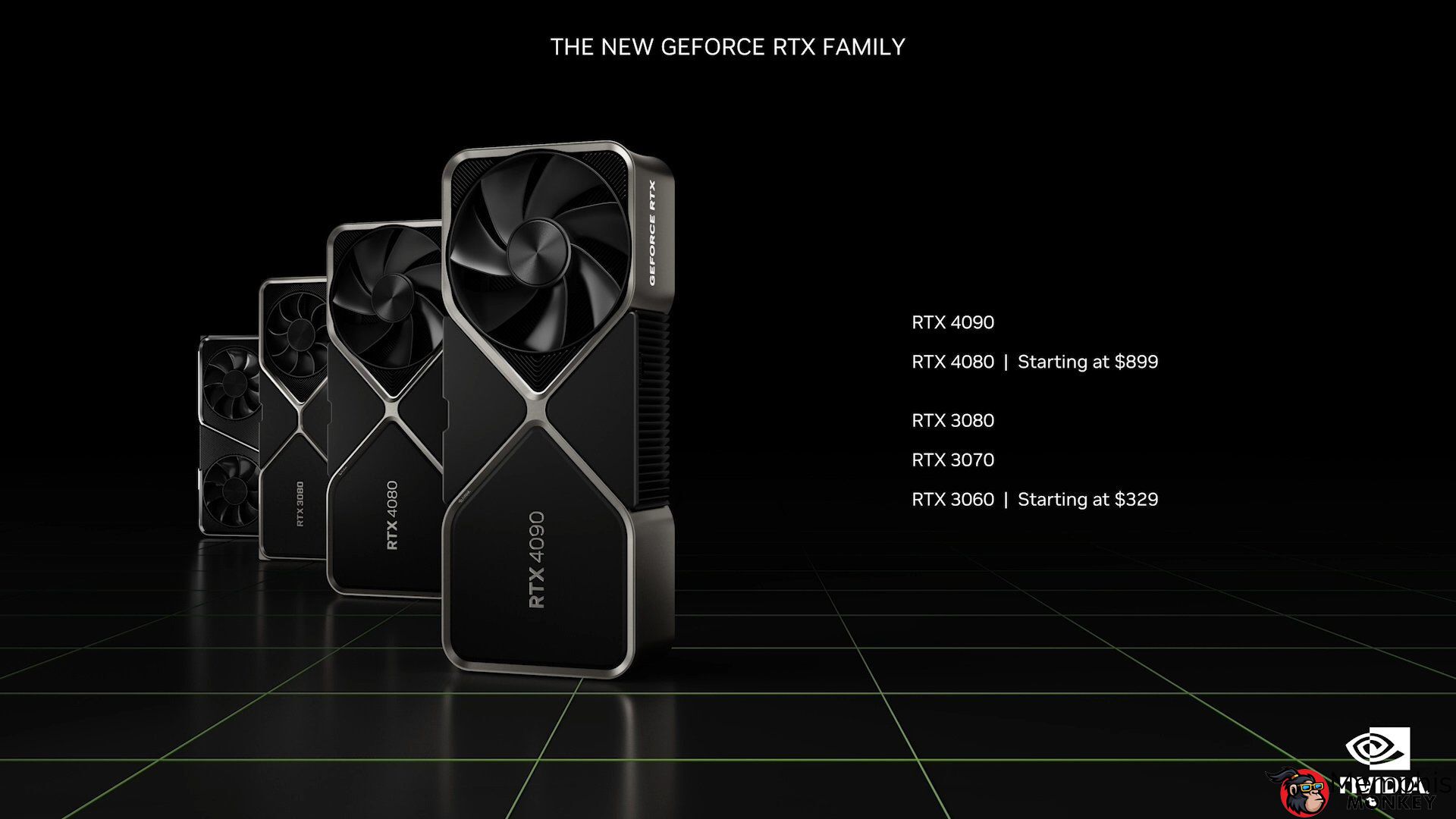 Huang also announced NVIDIA DLSS 3, which represents the next revolution in the company’s Deep Learning Super Sampling neural graphics technology for games and creative applications. This artificial intelligence-supported technology can render the entire frame at once for much faster game play. It overcomes CPU performance limitations in games by allowing the GPU to render all frames independently.

Implemented in the world’s most popular game engines such as Unity and Unreal Engine, this technology has received support from most of the world’s leading game developers with over 35 upcoming games and applications. 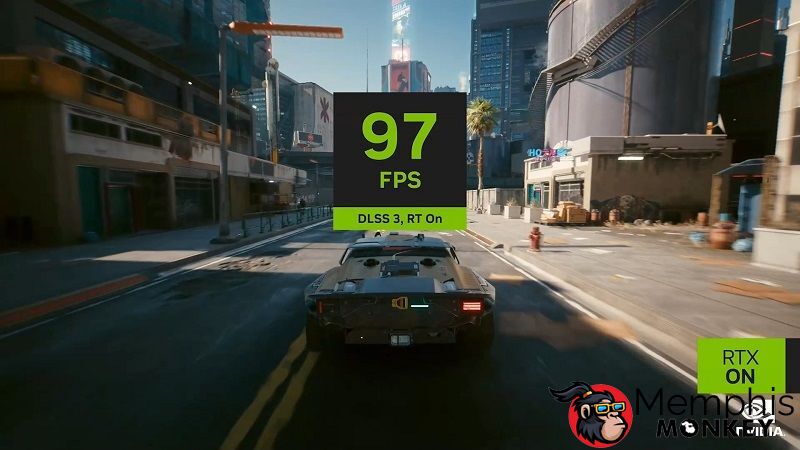 Additionally, the RTX 40 Series GPUs feature a host of new technological innovations, including:

Rendering ray-traced scenes in real time with physically correct lighting has been considered the pinnacle of graphics rendering for decades. At the same time, the geometric complexity of environments and objects continued to increase as 3D games and graphics sought to display the most accurate representation of the real world.

The new third-generation RT cores have been developed to provide 2x faster beam triangle intersection testing and are equipped with two key hardware components for this. Of these, the Opacity Micromap Engine speeds up the ray tracing of alpha test geometry by 2x, while the Micro-Mesh Engine takes care of creating micro-meshes on the fly to reveal additional geometries. The Micro-Mesh Engine enables complex geometries to take advantage of increased geometric complexity without the traditional performance and storage costs. 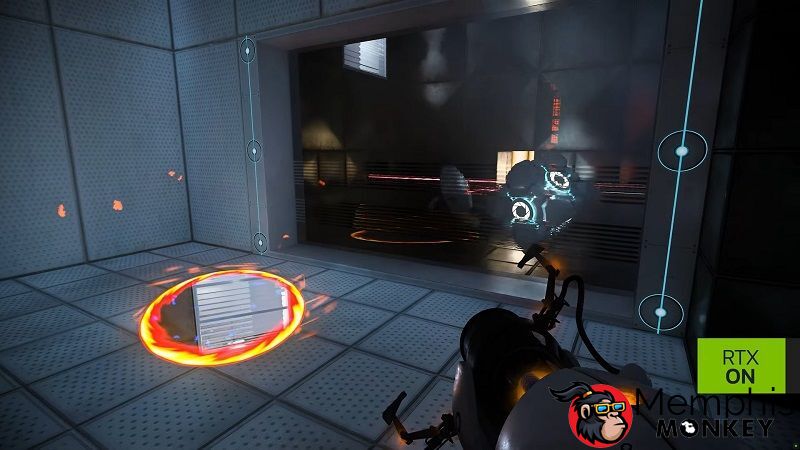 RTX Remix was used by NVIDIA Lightspeed Studios to reimagine Valve’s iconic video game Portal, which is considered one of the greatest video games of all time. Advanced graphics features like full ray tracing and DLSS 3 give the game a stunning new look and feel. Portal with RTX will be released in November, on Portal’s 15th anniversary, as the classic platform game with RTX graphics, as free and official downloadable content.NVidia introduces RTX 4080 and RTX 4090 models

NVidia introduces RTX 4080 and RTX 4090 models The RTX 4090 stands out as the world’s fastest gaming GPU with astonishing power, acoustics and temperature characteristics. In full ray tracing games, the RTX 4090 with DLSS 3 is up to 4x faster than the previous generation’s RTX 3090 Ti with DLSS 2. The processor, which maintains the 450 W power consumption of the previous generation, performs up to 2 times higher in today’s games. Equipped with 76 billion transistors, 16,384 CUDA® cores and 24GB of high-speed Micron GDDR6X memory, the GPU offers over 100 frames per second uninterrupted in 4K resolution games. The RTX 4090 will be available on Wednesday, October 12.

NVidia introduces RTX 4080 and RTX 4090 modelsThe company also announced the RTX 4080, which will be offered in two separate configurations. The RTX 4080 has 16GB, 9,728 CUDA cores and 16GB of high-speed Micron GDDR6X memory. With DLSS 3, it stands out for being twice as fast as the GeForce RTX 3080 Ti in today’s games, and being more powerful than the GeForce RTX 3090 Ti even in the lowest power mode. The RTX 4080 12GB has 7,680 CUDA cores and 12GB Micron GDDR6X memory and is faster than the previous generation flagship RTX 3090 Ti with DLSS 3. 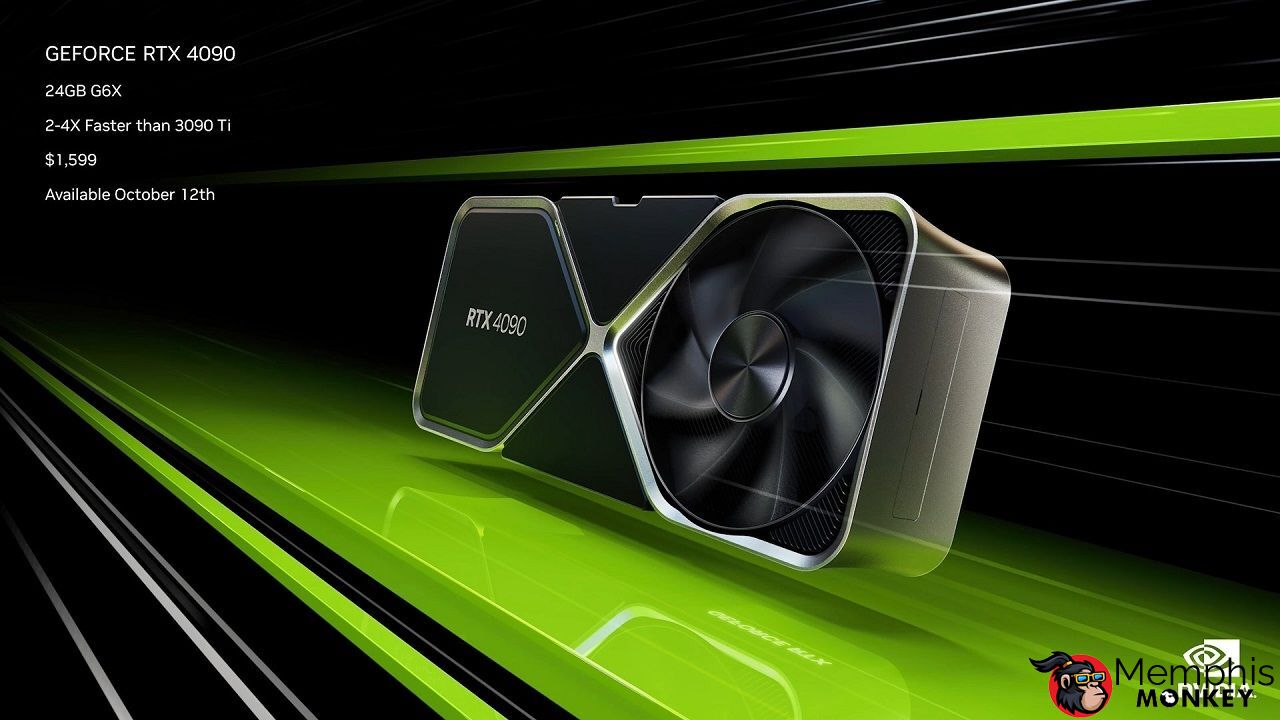 NVidia introduces RTX 4080 and RTX 4090 models Both RTX 4080 configurations will be available in November.

GeForce RTX 4090 and 4080 GPUs are available as custom cards, including stock clocked and factory-overclocked, from top hardware manufacturers such as ASUS, Colorful, Gainward, Galaxy, GIGABYTE, Innovision 3D, MSI, Palit, PNY, and Zotac. will be presented.

What is Plumbing? What are its features?

How to turn off siri on airpods