At the Graphics Technology Conference (GTC) organized by Nvidia, the company’s new GPU architecture and CPU were announced. Nvidia CEO Jensen Huang’s announcements included the first CPU called Nvidia Grace, as well as the next-generation Hopper GPU architecture, which will go on sale in 2022. 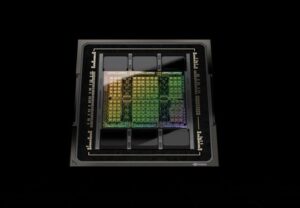 But unlike the M1 Ultra, the Grace Superchip was not designed for general use. 144-core CPU; Developed for applications with artificial intelligence, data science and high memory requirements. Nvidia’s first chipset also uses ARM cores.

In addition to the Grace Superchip, Nvidia showcased its next-generation Hopper architecture. Again, let’s say up front, this will not be the architecture that powers the RTX 4080. Hopper technology is built for data center tools. The company will launch this architecture with the H100 GPU.

Built using TSMC’s N4 process, the H100 is “the world’s most advanced chip” according to Nvidia. The GPU, which includes 80 billion transistors, is also the first hardware to support PCIe 5.0 and HBM3 memory.

Nvidia also made a crazy claim to show the power of PCIe 5.0 and HBM3. Nvidia CEO stated that he can control the equivalent of the whole world’s internet traffic with only 20 H100 GPUs.

It will be possible to access the next generation Hopper architecture with the new DGX servers, which have eight H100 GPUs and 640 GB HBM3 memory. According to Nvidia, these machines offer 32 petaFLOPs of artificial intelligence support with six times higher performance than the previous generation A100.

While all these developments are exciting for the world of artificial intelligence and high-performance computing, Nvidia’s announcements about the next-generation RTX 4080 graphics card are still eagerly awaited.

What about the Nvidia Grace CPU Superchip and the next generation Hopper architecture?

What Is an MFA Degree?

NVIDIA: 4nm chips are on the way! GeForce RTX 4000 Series